I’m passionate about drawing out the stories of those around us, making them universal, entertaining and accessible so that everyone may engage with them.

Reva is an award-winning film and television editor who works on cutting edge documentary and drama for UK and international broadcasters.

With over 20 years experience her work includes the multi-award-winning documentary series Educating Yorkshire (BAFTA, Grierson and Emmy Award winner ), BAFTA award winners Our War and One Born Every Minute as well as Grierson nominated series The Secret Life of Four, Five and Six-Year-Olds and The Secret World of Lego. 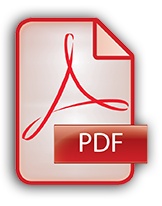